Gone are the days when searching for specific events in video recordings is considered as a tedious and troublesome job. With video analytics any unusual event or unwanted behaviour will be alerted and displayed by the system automatically. The system includes features such as, Motion Detection, Object Detection, Face and License Plate Recognition, Cross Line, Wrong Way Detection and many more that can be configured to suit your needs and operation.

Important Information is prioritized via priority sensors as a form of alert and as a result pre-emptive action can be taken before the formation of crime or accident.

Video Analytic Security Suite includes all these features below:

Dwell Time Analysis
Detects objects or vehicles being stationary for more than a certain period of time.

Demographic Analysis
A powerful tool which can identify photos based on gender, ethnicity and nationality.

Object Removal
An opposite version of object detection. It detects the absence of specified object rather than its presence. This is to prevent valuable items from being stolen or misplaced.

Loitering Detection
A method to detect a suspicious person idling around at certain location. It can also be applied to detect unproductive and wasteful employees.

It sits, perched on a pole several stories high surveying the landscape before it with an eagle’s eye.

Impassively it observes the coming and goings of the objects under its gaze watching and waiting for anything that might betray its prey. However, this is no bird; the thing perched in the ole would not under any definition be considered living much less avian. Though its ‘eyes’ and images to its ‘brain’ through electrical impulse, these eyes number in the hundreds are spread out across an area kilometers wide while the brain itself a composed of cold steel and twisted wires rather than soft organic matter.

The trigger could be an unusual pattern of movement that might indicate a crime in progress, a vehicle speeding over the set limit, an intruder in a restricted area or even an object left unattended at a public area. Personnel at the command centre are then able to examine the feeds to quickly verify whether the event in question is a threat or a false alarm. In this way, Video Analytic Security Suite allows a smaller group of security personnel to monitor a control centre with hundreds or thousands of cameras much more effectively than traditional CCTV. 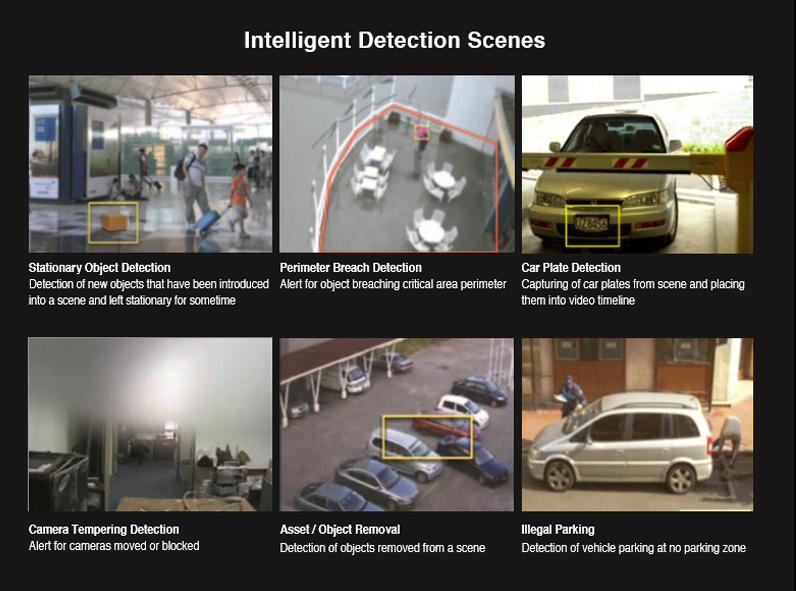 In order to protect their assets and to instil confidence in their customers, commercial sector…